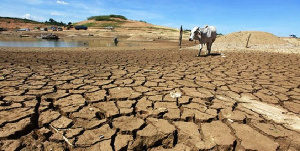 Only 5 out of 10 Ghanaians have heard about climate change even though it is a topical issue.

Even for those who have heard of it, just 23% of them actually understand what climate change means.

This is according to a recent report published by a leading research organisation on the continent, Afrobarometer.

The organisation finds the situation worrying and is calling on the government to concentrate more effort in increasing awareness about climate change and its effects.

Research Analyst with the Center for Democratic Development, CDD, Mavis Zupork Dome in a Citi News interview said the report calls for urgent education of the populace on issues concerning climate change.

“This means that there is a need for a lot of education around the issues of climate change for people to understand what climate change is and if something can be done about Climate Change and we can do corrective action around it and enhance our capacities to detect early warning signs and how to adapt.”

“It is hoped that these findings will really help the discourse about climate change and climate change mitigation and what African government should focus attention on.”

According to the report, 49% of Ghanaian respondents said climate conditions for agricultural production in their area had gotten worse while about 22% of them said it had gotten better in the past decade.

Uganda had the highest number of people claiming that climatic conditions for agricultural production had seriously deteriorated.

85% of the respondents said the conditions had worsened with only 7% claiming a positive impact for their agricultural production.