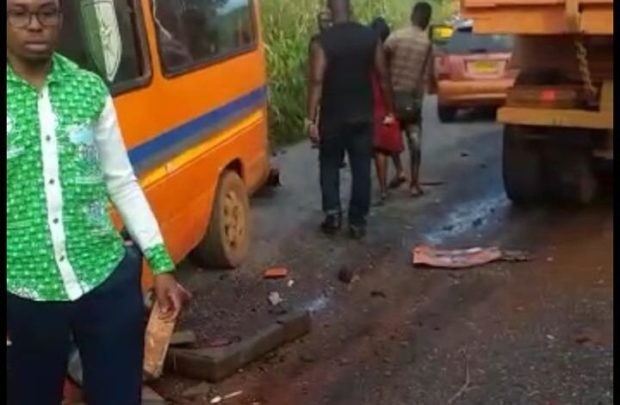 Four persons have sustained serious injuries after two trucks and a Toyota Yaris were involved in a gory accident at Boankra on the Konongo – Kumasi Highway of the Ashanti Region Friday dawn.

The eyewitness told Kasapa News’ Akokoraba Nyarko that several calls were made to reach the police to help tow the cars off the road but to no avail for more than 3 hours before they appeared on the scene.

The victims were rushed to a nearby hospital for medical treatment.

VIDEO: My Mum Has Slept With Almost All The Men In Our Area – 19-year-old Boy Cries For Help