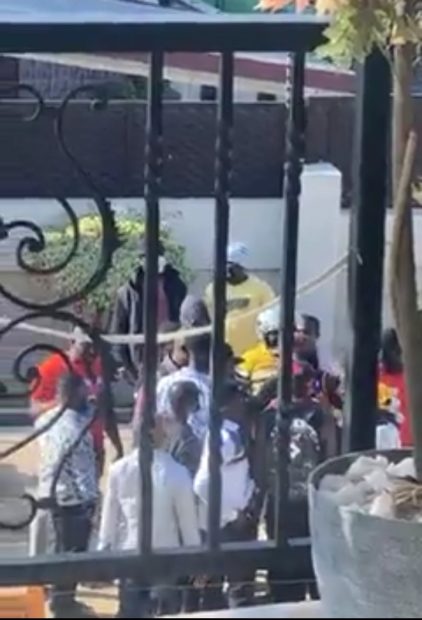 This is a follow up on threats made by the Junior Pastors in a Facebook live stream Wednesday evening.

The Junior Pastors stormed the house of the repented fetish priestess because they claim she had threatened to pounce on their “Papa” wherever she meets him.

To them, it’s imperative that they storm her residence and “show her pepper” for disrespecting their father Owusu Bempah.

From videos available on social media, the young men have stormed the residence of Nana Agradaa but the Police have intervened to prevent any form of attack.

Nana Agradaa is heard in the video inviting the men to her house to cause destruction so she can use it against them in the court of law but the Police seem to have prevented any of such and has been speaking to the Owusu Bempah’s men for over an hour.

It could be remembered that some Junior Pastors of Owusu Bempah had threatened whiles brandishing their guns of an attack on Nana Agradaa today.

The two Junior Pastors whose names are not readily known said they will retaliate an attack on one of their colleagues and also make Agradaa pay for insulting their “Papa”.