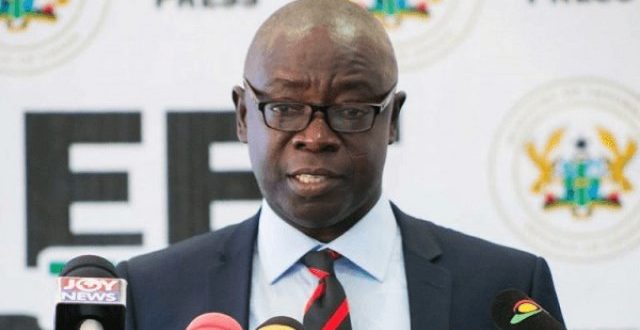 The Ministry of Lands and Natural Resources has rescinded its decision to shut down the Ghana Manganese Company (GMC). The sector Minister, Kwaku Asoma-Cheremeh, said the decision was reversed following meetings with the company and some stakeholders. Mr Asoma-Cheremeh on Monday announced the shutdown of the company for allegedly causing revenue loss of about $360 million (GH¢1.94 billion) to the state between 2010 and 2017. According to him, the country lost $12.8 million in royalties due, $79 million in corporate taxes due and $6.1 million in dividends. However, the Chief Operating Officer of the Company, Benjamin Atsu Quashie, denied the allegations saying that the company paid $31 million as corporate tax and $17 million as royalties before December 31, 2018. Reversal Announcing the decision to allow the GMC resume work, Mr Asomah-Cheremeh said the company has agreed to expedite action towards resolution of the issues raised. Four days ago, I shared with the media the findings of the Technical and Financial Audit carried out on the operations of GMC and also called on the company to suspend its mining operations until further notice. “After two meetings between representatives of government including the Ministers of Land and Natural Resources, Environment, Science, Technology and Innovation, top officials from the Minerals Commission and the representatives and management of GMC on August 6 and 9, the parties have agreed to expedite action towards resolution of the issues raised,” the Minister said. “In the light of the good faith shown by the company to work with government towards amicable resolution, including the joint manning of the weighbridge located at the mine and tonnages loaded unto ships to guarantee accurate computation of revenue, I have asked the company to resume its operations,” he added. Source: www.graphic.com.gh

Previous More buildings demolished at Ridge to make way for National Cathedral
Next GIS intercepts 1,950 bags of PFJ fertilizers being smuggled to B. Faso