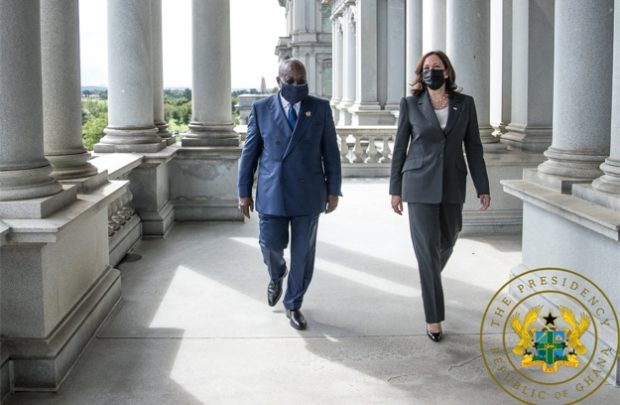 The Vice-president of the United States of America, Kamala Harris, has stated that Ghana’s 2020 polls that saw the re-election of President Nana Addo Dankwa Akufo-Addo, was free and fair.

Vice-president Harris made this known on Thursday, 23 September 2021, when she held bilateral talks with President Akufo-Addo at the White House, with the aim of strengthening the ties of cooperation and friendship that exist between the two countries.

Addressing a press conference prior to the holding of a closed-door meeting between the pair and their delegations, the US Vice-president indicated that Ghana and the United States share a commitment to democracy.

“We share a view that all people must have a voice in their future, that our democracies are stronger when everyone participates and weaker when anyone is left out”, the US Vice-president said.

The NDC accused the Electoral Commission of rigging the polls for Mr Akufo-Addo and the New Patriotic Party.

Mr Mahama sought redress at the Supreme Court in Ghana’s second election petition but the apex court upheld the results of the presidential election.

Related Topics:ELECTION 2020GHANAKamala Haris
Up Next