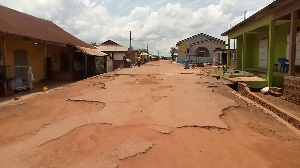 Chief of Gyakiti and Assemblymen in communities along the Akosombo-Adjena-Adumasa-Gyakiti stretch in the Asuogyaman District of the Eastern Region are calling on the Inspector General of Police (IGP), Dr George Akuffo Dampare, to come to their rescue as a matter of urgency.

They want a police station along the stretch following the absence of one in the last six years when the only police station at Adjena was closed down when the landlord ejected occupants from the property.

The chief of Akwamu-Gyakiti, Nana Mamfe Otuabeng III in an interview with GhanaWeb said the situation was worrying considering the number of communities and population in the area.

“We don’t have a police station around here; Adjena, Gyakiti, Adumasa…Kudi, Enyaase, and all the surrounding areas, there is no police station here,” he said.

The situation, according to the chief and Assemblymen, has compelled the residents to do citizens arrests of suspects and transport them all the way to the Divisional Police Headquarters in Akosombo for the necessary action.

This has always not been the best option as the chief recalled a bitter experience.

“There was a problem and I called the security men and told them what was going on. They told me they were busy somewhere and that I should let them bring the suspect to the office.

“So I told them to use my car to transport them to the police station and they did that, after that, as at now, I’m in court for abetment,” he disclosed.

Appealing to the government to ensure that a police station is provided for the communities in the area, Nana Mamfe Otuabeng III said if completed will enhance the security in the area.

“What we are saying is that we are appealing to the government to bring the police station to Gyakiti or this area so that we can quickly let them know what is going on.”

Assemblymember for Adumasa Electoral Area, one of the affected communities, Emmanuel Ofori, feared that the absence of the police was dangerous in the face of occasional confrontations between Fulani herdsmen and farmers.

“The major one has been the challenge with the nomadic herdsmen…people’s farmlands are being destroyed and it has led to a couple of confrontations. We have had to step in, myself the Assemblymember and other opinion leaders in the community,” said the Assemblyman who believes that a police station would help avert these clashes.

According to him, the situation has compelleded residents to take the law into their hands as they found justice “too far away” and prayed that the situation is addressed as soon as possible to avert violence.

Also, the Assemblymember for Adjena-West Electoral Area, Justice Maxwell Awitor said the absence of a police station was encouraging petty crimes such as stealing and fighting which is a big problem for the chiefs and opinion leaders in the community.

The most prudent way to address the problem is to re-open the police station that was closed down in Adjena a few years ago.

“To address the problem, the government must re-open the police post,” he suggested.

Akosombo Divisional Police Commander, Chief Superintendent Isaac Obeng Dompreh when contacted by GhanaWeb confirmed the plight of the residents but urged the Chiefs and Assemblymembers from the area to corroborate with the Asuogyaman District Assembly and the government to provide a befitting police station for the area.

“It is true, they used to have a police station there at Adjena, we didn’t have our structure, it was somebody’s building that they rented but the person took his house…ever since, we haven’t had any accommodation.

“Something of that nature, the Assemblymen, the chiefs [must] press the Assembly and the government to put up a structure, even the structure where you rent from people’s houses is not the best,” said the Commander.

Chief Superintendent Isaac Obeng Dompreh said ensuring and enforcing security in that area from Akosombo without a permanent police post was difficult.

He again confirmed incidents of confrontations between farmers and Fulani herdsmen but called on residents not to take the law into their own hands but inform the police of criminal acts in the communities for the necessary action. 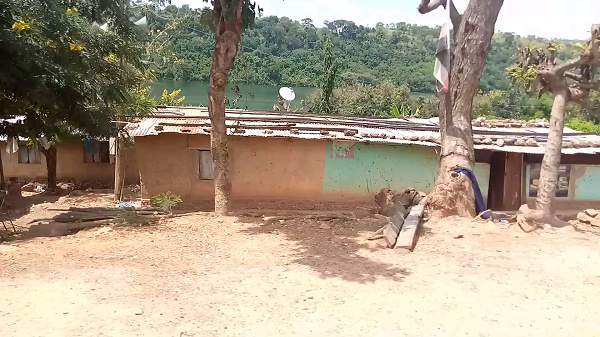 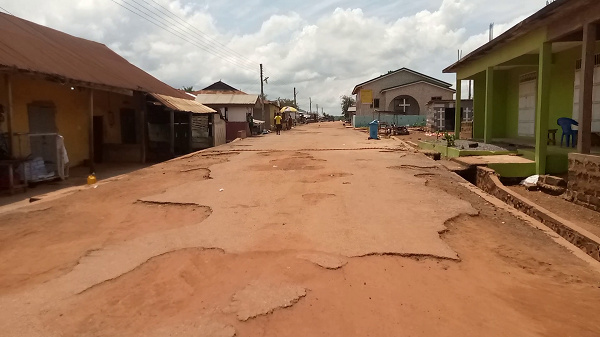