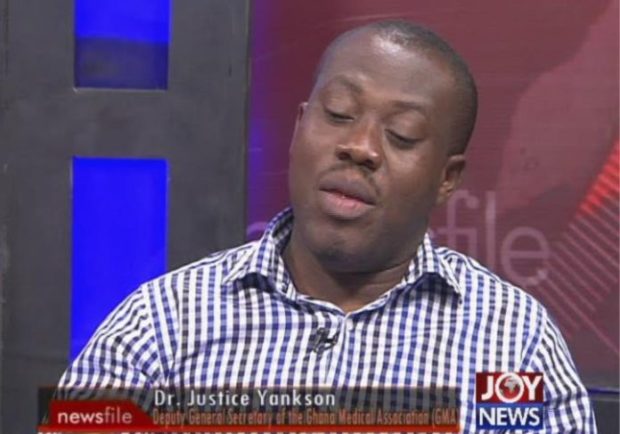 The Ghana Medical Association (GMA) has threatened to embark on strike if the government does not ban public gatherings amid a spike in covid-19 cases.

This is according to the Secretary of the Association, Dr Justice Yankson.

“Mind you, there are first-line government advisors, and we do our best to interact with them collectively as a group, but the ultimate sanctioning of a particular activity has to come from the president,” he said.

This comes on the back of concerns raised over the health system being overwhelmed as the country continues to battle the deadly virus.

Dr Yankson disclosed this in an interview on Accra-based Citi FM and reiterated the need for effective measures to curb the spread of the virus.

“So inasmuch as we’ve made the case, the best we can do is to continue to advocate that these social gatherings are banned and if the powers do not really act in that direction, the worst case is that we will also put down our tools because we are also tired,” he stressed.

Meanwhile, the Africa Centre for Disease Control has confirmed that Ghana is among countries on the continent where the new variant is spreading.

In a statement, it said it doesn’t readily have data on the extent of spread of the new variants in Africa.

However, it indicated it can confirm that the 501Y.V2 variant, which was first discovered in South Africa, is currently spreading in 22 countries across the world including Ghana.