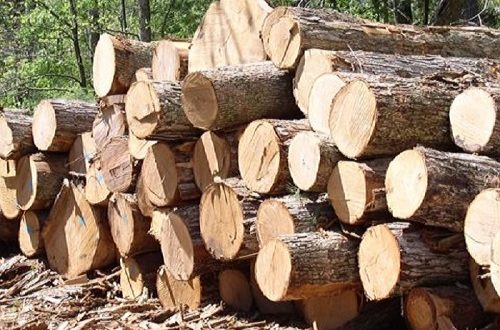 Stakeholders at a dialogue on illegal logging of rosewood in northern Ghana have blamed the government for failing to show commitment to protecting it.

They said continued issuance of salvaged permits to companies to pack, transport, and export rosewood from forests especially in the northern part of the country was ample evidence that the government was not committed to fighting its logging.

The dialogue organized in Tamale on Thursday by STAR Ghana Foundation in collaboration with Baobab Market, a group of civil society organizations (CSOs), was to contribute to restore and preserve the fragile northern Ghana vegetation and economic trees.

It was on the theme: “Accountability of key actors in the illegal rosewood trade in Northern Ghana.”

Rosewood is considered an endangered species hence a ban on its harvesting.

However, the group claims the Ministry of Lands and Natural Resources continued to license companies to transport lumbered rosewood from the savannah regions.

According to the Forestry Commission, a three-month salvaged permit granted companies to pack, transport and export lumbered rosewood from forests in the country would expire by the end of August.

Records indicate that from 2004 to 2017, about 1,000,000 cubic meters of rosewood was fell in the country, a level described as unsustainable as the tree takes a minimum of 40 years to regenerate.

In 2017, the Ministry of Lands and Natural Resources lifted the ban on rosewood exportation and consequently licensed about 100 companies to salvage the rosewood.

Rosewood possesses a lot of economic and medicinal values and the unsustainable level at which the trees are fell defeats efforts to conserve the environment and mitigate the effects of climate change in the country.

The inability of the government to perpetually ban the exportation of rosewood, which will prevent its harvesting, has become a source of worry to CSOs and activists in the sector, who questioned the government’s commitment to conserving the environment.

Deputy National Director in-charge of Operations at A Rocha Ghana, Mr. Daryl Bonsu, identified institutional lapses, as accounting for the illegal logging of rosewood in the country, and expressed the need to empower communities to protect their natural resource.

Naba Baba Salifu Atamale Lemyaarum, Paramount Chief of the Bongo Traditional Area, and Vice-Chairman of the Upper East Regional House of Chiefs, who spoke on the perspectives of traditional leaders, said those engaged in the illegal logging of rosewood were connected adding “When you reject their permits, they will still get the woods out of the forests.”

Naba Atamale said governments were interested in the activity, emphasizing “If the ban is in place and you are not allowed to transport and export the woods, nobody will cut rosewood. Our local carpenters do not need it.”

Executive Director of Action for Sustainable Development, Mr. Osman Kanton Luriwie, observed that perpetrators of illegal logging of rosewood played on the vulnerability of local people to use them as conduits to perpetuate the rosewood menace in the country.

Mr. Luriwie suggested that citizens should rise up through demonstrations and mass actions against the practice, saying that was the only way to end the practice.

Mr. Michael Balinga, Biodiversity Conservation Specialist, West Africa Biodiversity, and Climate Change Programme called for a monitoring mechanism composed of relevant stakeholders to discuss the issues, enforce regulations and manage the rosewood for the benefit of especially the local people.

Bishop Akolgo, former Executive Director of Integrated Social Development Centre, advised CSOs and community members to demand a blueprint from political parties in terms of how to resolve the rosewood menace and inform them of who to vote for during this year’s elections.

Mr. Ibrahim-Tanko Amidu, Executive Director of STAR Ghana Foundation said the situation about rosewood was a matter of livelihoods and development, calling for a joint action from citizens and state actors to end its illegal logging.