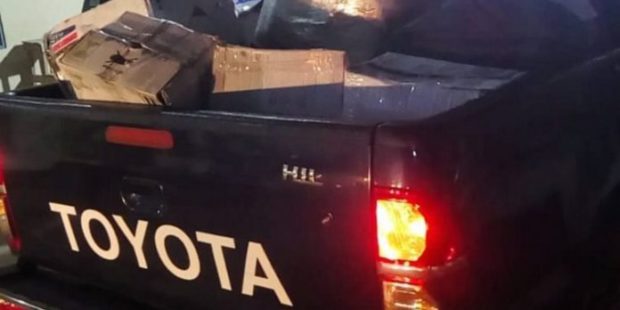 The Ghana Revenue Authority (GRA) has expressed worry about claims that some ammunition seized at their Tema Post will be released to some ‘big men’.

“The Ghana Revenue Authority finds it worrying, mischievous and premature any information that seeks to imply that the seized ammunition is being kept for onward release to some ‘big men’. The outcome of the investigations by the Police on the restricted items will be made public when it is concluded,” the statement read.

It stated categorically in the statement that, a container described as containing Personal Effects, Household Goods and a Carding Machine was flagged as ‘Red Channel”.

“After examination, eighteen (18) packages identified as restricted items were found in the container. These include 436 Pistols (Side Arms), 26 packs of 50 pieces of Ammunition and 1 (40ml) piece of Pepper Spray.

These items had been imported into the country without the necessary permits from the Ministry of the Interior. The items were also not declared to Customs on arrival.

“An inventory of the items was taken in the presence of officers of the Preventive Wing of the Customs Division (Intelligence & Examination Officer), Bureau of National Investigations, National Security and the Police. All representatives, including the clearing agent signed against the total number of arms and ammunition seized,” the statement read further.

GRA stated that a seizure notice was issued to the clearing agent and the seized consignment was placed in the custody of the Customs Division.

“The clearing agent is currently assisting the Tema Harbour Police Command with the investigation. Meanwhile, the Customs Division has provided the Police with the necessary information.”

GRA warned importers that the importation of arms and ammunition can be carried out only with a permit from the Ministry of the Interior and that these items must be declared on importation.

The Authority, therefore assured the general public that the Customs Division will not relent in its regulatory duties at the nation’s ports and other points of entry to ensure the safety of all citizens.

Sammy Gyamfi, the National Communication Officer of the opposition National Democratic Congress (NDC) on Sunday alleged that the Customs Excise and Preventive Service is conniving with some ‘big men’ who have imported 436 pistols and ammunition from Turkey to Ghana and are pulling strings behind the scenes to get the consignment released.