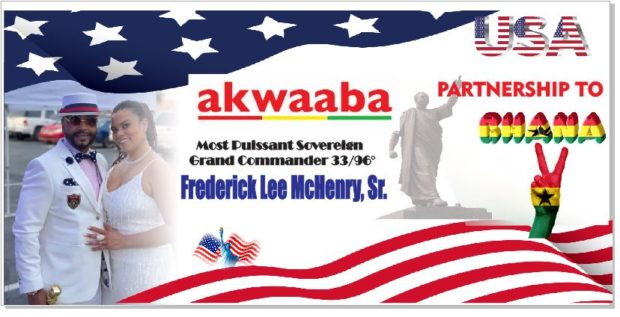 The Grand Master Masonic United Nations is Acompanied by his wife through Laremy Wade also known as Nii Adama Djata, and Graciela Blackstone also known as Queen Naa Adarku Mansa, who rules as the Queen of Business Development from United States Maryland for Ga State of Tunnmaa We Royal Dynasty.

• Past Chief Deputy Supreme Commander of the United Supreme Council of

• Past Grand Master of Genesis Willingham Grand Lodge of Georgia

• Currently a Community Leader Standing on the Six Principles of

• Founder of The Masonic United Nations

• Most Puissant Sovereign Grand Commander of the United States

and of the World

• National Day of Recognition, as registered in the United States

Masonic Embassy of the World, Inc.

Holy Chapter of Jerusalem of 1804

• Ambassador For Peace- The Universal Peace Federation and the Interreligious

and International Federation for World Peace People travel to learn and explore new places, coordinating geographically dispersed projects and attempting to cultivate relationships from afar , follow up on projects back home as part of the year of Return.

But the purpose of his visit to the Oblieman King  is still unknown .