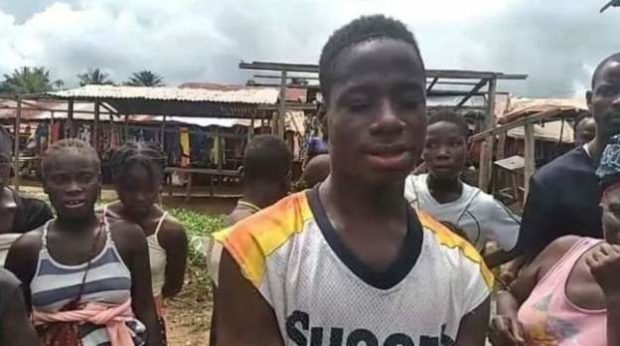 The Liberian teenage motorcycle taxi driver who found and returned money to a prominent businesswoman now says he is being mocked and threatened by those opposed to his actions.

Tuloe who dropped out of school in 7th grade has been cycling to earn a living.

His friends have been mocking him when his motorcycle taxi breaks down on the highway telling him he shouldn’t have returned the money,

“They tell me I will never get rich in my lifetime, they say because I returned such an amount of money I will live and die poor,” he told the BBC.

Tuloe picked up the money that was wrapped in a plastic bag and gave his aunt for safekeeping before hearing Ms Yancy’s radio appeal.

The businesswoman rewarded the cyclist with money and other items including a mattress that he says he will give to his grandmother.

Tuloe said he was threatened while attending a celebration party at Ms Yancy’s house.

“I left and returned home because in the crowd were also people who were angry with me for returning the money, they even threatened me, and so right now I need maximum protection,” he told the BBC from his hometown of Gbolor Dialla on the border with Ivory Coast.

He said only a few friends appreciate and thank him for the honesty exhibited.

But he has largely managed to overcome the bullying and temptation of regretting his action.

Tuloe is urging fellow cyclists to always return lost and found items because they “don’t know what the future holds”.

The Liberian Anti-Corruption Commission says it is “deeply touched by the sincerity of the teenager”.