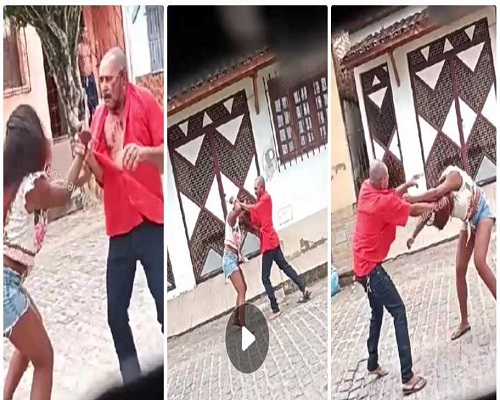 A video of a prostitute embarrassing a man who refused to pay her after she rendered pleasurable sevices to him has gone viral.

While eating your cake is perhaps a reserve you cannot be denied, you definitely cannot have it once eaten, and a prostitute had to hold a man by his balls to demand payment for services she rendered him after he refused to pay.

A video making the rounds on social media has shown a moment commercial $£x workers engaged in a serious fight with her customer.

In the video that’s trending online , the lady is seen holding the man’s shirt, while trying to stab him with a knife.

Eye witnesses obviously enjoyed the fight as they made no serious effort to stop them.