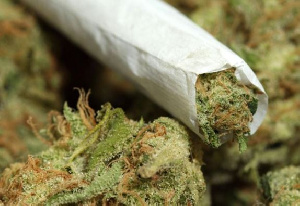 Legendary Ghanaian footballer Osei Kofi has recounted an interesting story of how a goalkeeper threatened to boycott an AFCON final over the team management’s failure to supply him with Indian hemp.

Osei Kofi in an interview with Peace FM narrated how the goalkeeper in question felt uneasy ahead of the game and had to rely on the skipper of the Sudanese team to get the substance to smoke.

“Ahead of AFCON final match between Ghana and Sudan, I won’t mention the person’s name but his position. Our goalkeeper in that game smokes ahead of every game and his wee got finished before the final. He shared a room with the captain of the side so when he was undressed ahead of the game, the captain queried him”.

“Unknowingly, the goalkeeper had sent a Sudanese boy in the hotel to go to the Sudanese captain and get him some wee. So the Sudan captain got the wee for the boy but the boy delayed in bringing the wee.

“By match time, the wee hadn’t arrived and the goalkeeper was undressed in his room. The boy met Ben Koufie at the reception of the hotel and informed him about the wee mission. Ben Koufie took the wee and asked the captain who was with him if he should give the substance to the goalkeeper. Ben Koufie upon the advice of the captain handed out the wee to the goalie and within twenty minutes he dressed up and was singing”.

Osei Kofi’s revelation comes on the back of a confession by veteran coach JE Sarpong that he once bought the substance for a player to aid him to give off his best in a game against Accra Hearts of Oak.

“A player personally came to me asking for my permission to smoke weed (marijuana) before a game. I bought it for him, knowing what he can offer. He was voted the MOTM in the game. We (Great Olympics) beat Hearts of Oak 2-1? he narrated on Sikka Fm.

“Any drug or medicine that you take without the doctor’s prescription is ‘Drug Abuse’. Most of the players don’t know but just because he wants to play he will take it. Some even take ‘Meprocin’ which is a pain killer which do not help at the end as you expect at the beginning. The infection will come as you grow so it won’t help you to prolong your football career. It’s very dangerous”.