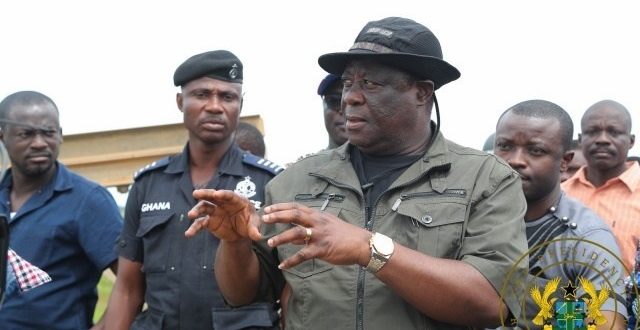 The Minister for Roads and Highways, Kwesi Amoako Atta has said there is already plans for Ashanti Region to get a fair share of Akufo-Addo’s government road projects.

He maintains that the government will make road infrastructure a front-burner issue in the Ashanti Region.

“I am privileged to lead that sector on behalf of President Akufo-Addo. So while looking at the whole situation, there is no way I will joke and toy with Ashanti Region. If you look at asphalt overlay, we started with 227 kilometres plan for Ashanti Region. As I speak, we have completed 174 kilometres,” the Minister said.

The sector minister is on a nationwide tour to inspect ongoing road projects.

The minority in parliament has said President Akufo-Addo’s 2021 second year of roads declaration is nothing more than a charade.

According to the NDC MPs, the President’s declaration is not backed by allocations to the sector in the 2021 budget.

Minority spokesperson on Roads and Transport Governs Kwame Agbodza in his contribution to the budget debate disclosed many of the Sinohydro road contracts have passed their completion dates without a single activity.

According to him the budget allocation of the Roads Ministry has been slashed pointing to the fact that the promises are just mirage.