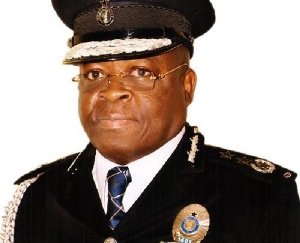 The Inspector-General of Police (IGP), James Oppong-Boanuh, will today, Wednesday, November 4, 2020, brief the public about police preparedness for the December 7 polls.

The press conference will address security concerns that have cropped up in the lead up to the general elections.

“The address comes after a nationwide tour by IGP Oppong-Boanuh and his team to get first-hand information on general preparedness of personnel ahead of the election,” Citi News reports.

Last month, the National Election Security Taskforce revealed that there were 635 hotspots across the country ahead of the presidential and parliamentary elections.

The flashpoints are located in 42 metropolitan, municipal and district assemblies, as contained in a memo dated August 20, and addressed to the Executive Secretary of the National Commission on Small Arms and Light Weapons.

Two of the country’s largest regions in terms of population size- Ashanti and Greater Accra- top the chart with 42 and 34 areas, respectively marked as hotspots.

The Eastern Region followed closely with 33 flashpoints while one of the newly created regions, Oti, 8, the least number of areas marked for potential clashes as the nation prepares for the polls which are a little over two months.

Killing of Ahmed Suale: GJA calls for arrest of perpetrators