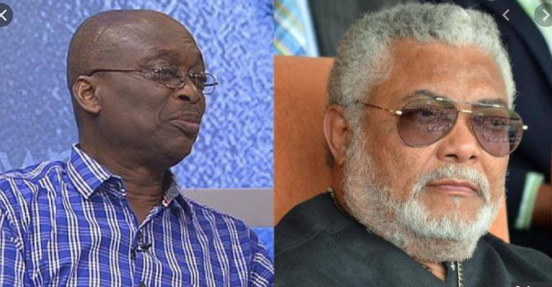 Legendary Veteran Journalist and Editor in Chief of the New Crusading Guide Newspaper, Abdul Malik popularly known as Kwaku Baako has revealed that he is afraid to go and show his condolence to the Family of former President Jerry John Rawlings and family because he is scared to Jerry John Rawlings will disgrace him.

According to, he finds it very difficult to visit Rawlings after falling h=out with him for more than 40 years. “If the GJA has asked me to join them to go and express condolence to Mr Rawlings I may have considered it. If I had gone it would have been the first time I will be meeting him since November 1979. We’ve never met since then… and that was in his house at that time he was staying in the UTC flat”

“Let me tell you one thing, inasmuch as I say he has a perfect sense of humor, he also has a certain spark. If I visit him, He could look at me in the face and ask “What are you looking for in my house? You want me to go there so he Embarrasses me? He said