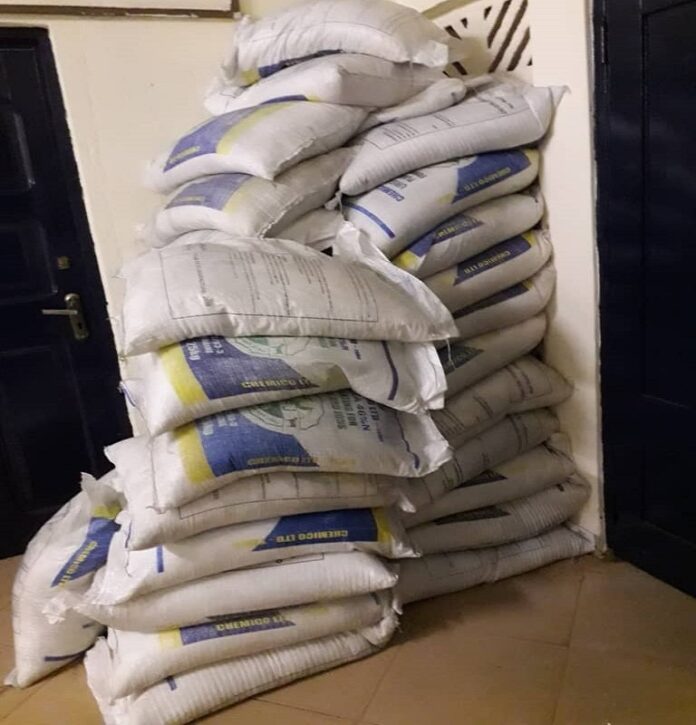 Vigilant Immigration officials and a NABCO-Custom staff on duty at Beat Four (04), a known unapproved route bordering neighbouring Burkina Faso, have intercepted Eighty-Four bags of NPK Fertilizer suspected to be products from the government’s flagship Planting For Food and Jobs.

The purported owner of the goods (Inusah Adams aka Torries opted for monetary settlements but the determined officials stood their grounds and chose service to nation over illegality.

The base was informed and a reinforcement quickly dispatched to convey the ceased Fertilizer.

The fertilizers were sent to the Hamile Sector Command for further investigations.