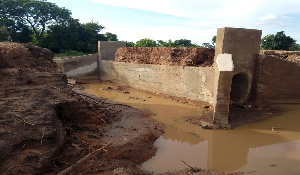 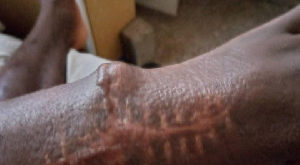 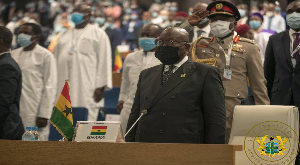 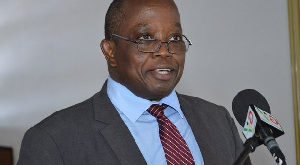 Government’s “One Village, One Dam” initiative has come under severe criticism at Kpiri, a farming community in Canteen in the West Gonja District of the newly created Savannah region.

This follows the sudden collapse of a bridge recently built to link two major communities in the area, thus, Kpiri number two and Kpiri number three (Tari) as part of the One Village, One Dam policy.

The breakdown of the bridge is consequent to a heavy downpour.

The situation has since made it impossible for residents to crisscross the communities for routine community activities with students at the brunt of the challenges.

According to the residents who spoke to this reporter, the unfortunate development deprived their school going children at especially, Kpiri number two from writing the just ended End of Year Promotion Examination.

The students could not cross to the other side of the river due to the caved-in bridge to their individual schools to take part in the exams.

The inhabitants also bemoaned the extent to which the situation was affecting their economic activities particularly, farming, as most of them farm across the dam and have to cross the bridge to access their farms.

The women at Kpiri number three expressed sorrow as they can no longer carry their grains across the bridge to the grinding mill at Agric, a nearby community for grinding.

The whole situation has left the community forlorn of hope with many appealing to government and stakeholders to come to their aid.

The little water reserved in the expanded dam has flown to the edges, thereby draining the dam.

The chief of Kpiri, Naba Atogzo disclosed exclusively to this reporter that, he’s saddened by the situation, describing the work done so far as disappointing. He commended the reporter for making time to see things for himself, describing him as “a true son of the community”.

He said they would be better off without the dam if only the situation is going to remain this way and appealed to stakeholders to come to their aid.

Mr. George Akalbire, a young farmer in the community revealed that his farmland is located at Kpiri number two and has to cross the bridge before accessing his farm.

He said he recently ploughed before the breaking down of the bridge but has since not been able to plant due to the situation, adding that, they the farmers are suffering as a result of the unforeseen occurrence.

He pleaded with government to come to their urgent assistance.

The District Chief Executive of West Gonja District, Saeed Muhazu Jibreal in response to this report on a Damongo based local radio station, PAD FM said he has taken keen notice of the concerns raised by the reporter, Ananpansah B Abraham.

He said his office has also taken notice of the poor quality of dams constructed at Kpiri and Laribanga as part of the one million per constituency, stating that, he was not going to sign the certificate that will guarantee payment to the contractor.

According to him, he has since reported the matter to the Regional Minister and Minister of Special Development Initiative.

As a temporal measure, he said they will construct a miniature bridge so that the affected communities can ply in the meantime whilst, steps are taken to get the contractor back on site to do the proper things and ensure value for money.

Kpiri is part of four other communities in the West Gonja District currently benefiting from government’s One Village, One Dam project.

The One Village, One Dam is part of the plethora of highfalutin pledges of president Aluffo-Addo in the run-up to the 2016 general elections.

The weather pattern in Northern Ghana is characterised by low rainfalls and prolonged periods of drought.

As a result, farmers in this part of the country, unlike their counterparts in the south, cannot engage in all-year-round cultivation of crops. They also lose their livestock to thirst in the dry seasons.

The youth owing to this sad reality, usually migrate to the southern sectors of Ghana in search of non-existent greener pastures.

To help mitigate this challenge, then-candidate Akufo-Addo, as flagbearer of the New Patriotic Party in 2016 vowed to construct dams in every village in the Northern part of the country.

“You have been hearing me talking about ‘One District, One Factory’. As far as this part of the world is concerned, I even want to go further and talk about 1 Village 1 Dam, to make sure that in every village, we have a functioning dam to support agriculture” he said.

Government subsequently made provision in the 2018 budget for the Dams, pledging to construct 570 of them in the three regions of the north by the end of the year (2018).

However, the issue of the poor quality of the so-called One Village, One Dam projects constructed in the Northern part of the country has since become a subject of heated controversy.