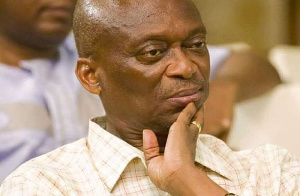 • The UPSA issued a statement to say that it has decided to confer an honorary degree on Kweku Baako.

• As part of the reasons it gave was that he had contributed to the training and support of public interest in Ghana’s journalism.

• But, like instances in the past, Kweku Baako has rejected the offer

The Editor-In-Chief of the New Crusading Guide, Abdul Malik Kweku Baako Jnr, has stated that he is not accepting the decision by the University of Professional Studies (UPSA) to confer on him an honorary doctorate degree.

Earlier, the university had issued a statement to the effect that it would honour the celebrated journalist in recognition of his training and support for public interest journalism in the country.

“The UPSA Management has nominated you for the award of an honorary Doctorate Degree,” the letter said.

Mr Baako is celebrated for championing press freedom during the Rawlings administration and doing same in subsequent years.

But even before the school would go ahead with its decision, Kweku Baako Jnr has served notice that he will reject it.

Speaking on Saturday, May 22, 2021, edition of NewsFile on the JoyNews channel, and monitored by GhanaWeb’s Etsey Atisu, he said that he will not accept it.

This was during the introduction of the panellists for the weekend’s show by host, Samson Lardi Anyenini, who stated that he was aware that there have been several universities that have tried to confer the honour on the man but he has always rejected them.

“I’m aware of other universities that have tried to do this for Kweku Baako but he’s been running away from it so let’s see what will happen this time when the UPSA says it will confer the degree on him,” the host said.

“Exactement [French for ‘exactly],” he responded.

Meet the 9 individuals battling for the Mayor of Kumasi