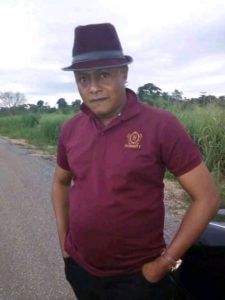 ” Hon Amoako Atta is not a cousin to president Nana Akufo-Addo and also do not relates to Ofori Atta’s family, I have personally contacted the Ofori Atta Family and they confirmed to me,

Therefore their allegations made therein are fabrication and a figment of their imagination and lack of research I say is killing them, such malicious and false allegations by the NDC are exasperating

Also, Hon Kwasi Amoako Atta is not behind the burning of the excavators and the bulldozers belonging to Xtra Gold Mining by the anti – Galamsey taskforce.

The NDC claimed,”galamsey fighters in the case of madam Kate Gyemfuah, the National Women’s Organizer for the Npp campany,is a proxy personal vendetta for publicly calling out Hon Kwasi Amoako Atta for his discrimination in fixing roads in the region” this is also a ridiculous  allegations made by the NDC

The NDC should remember the president said he is not against small scale mining, but working to regulate, sanitize and promote a viable and sustainable small scale mining, which has regard to the preservation of the environment of our country mother Ghana,he said.