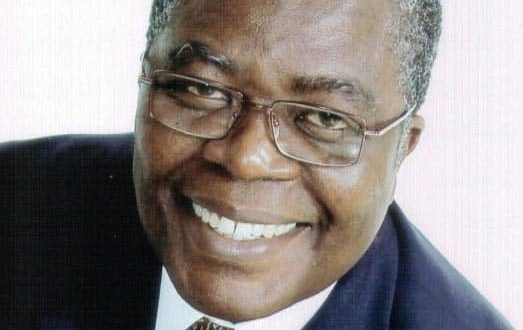 Economic policy committee chairman of the National Development planning Commission (NDPC), Dr. Nii Kwaku Sowa has urged government as part of its development agenda to establish credibility in managing its resources in all sectors of the economy in order to achieve better economic growth.

Speaking at the 3rd national Development forum in Accra, he said a well-functioning system especially in the areas of law and order has a potential of attracting financial in-flows as a result of fair and efficient market.

He said “finance flows where the market is fair and efficient. No investor will give up his or her funds where there are doubts about recouping the investment when it is due. It is important for government to establish credibility beyond doubt that it is managing its resources well.

“Stressing that the goal of Ghana in attaining a high middle income country is attainable provided the country is able to satisfy basic institutional responsibilities”.

Dr. Sowah perceived that even though Ghana can develop without aid, the country should look for alternative ways of supporting the country’s development. ‘Various forms of aid received in the past were only intended for stabilizing the economy and was never sufficient enough for a ‘big push’ into sustained growth.

He suggested one possible way by which Ghana can raise funds to support development is to improve its tax revenue mobilization, mobilizing remittances by Ghanaians abroad among others.

He highlighted that “In 2018, Ghanaians in the diaspora are said to have remitted home about $ 3 billion which is a huge flow of resources into the country”.

This he said, experts have suggested can be securitized as another valuable source of development finance.

Dr. Sowah further noted that for Ghana to effectively drive its development to the optimum it should utilize it’s resources well citing examples of how various infrastructural projects has been abandoned costing the nation huge sums of money.

” if we cannot manage what is in our envelope it will be difficult to manage that which is outside the envelope, purposeless say, that by fluffing that which is in the envelope we experience deficits and then scramble around for financing” Dr. Sowa indicated

The program which was held at the British Council, Accra with theme “Innovative financing for Ghana @ 100 Development Agenda”) brought together stakeholders and experts in development, civil society organisations, government officials, scholars among others.

Previous Invest In Our People To Become Your IMF, World Bank—Settle Ghana To Gov’t
Next Atletico Madrid jump on Patapaa’s Skopatomanaa trend