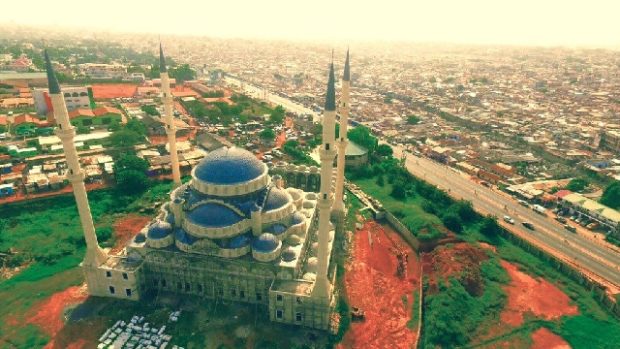 The Coalition of Muslim Organisations, Ghana (COMOG) and other Muslim stakeholder institutions, have forwarded a memorandum to the Committee on Constitutional, Legal and Parliamentary Affairs supporting the Memorandum on the Promotion of Proper Human Sexual Rights And Ghanaian Family Values Bill 2021.

The anti-LGBTQI bill, according to COMOG, “is to amend the criminal offences Act, specifically Section 104, to make provision for a broader, comprehensive and specificities to the current LGBTQI+ phenomenon and all its variants and other sexually deviant behaviour being forced down our throats by the West and their local allies”.

It is also to prohibit the carrying out of all acts that constitute promotion, facilitation, and funding of any form of activism or agitation or support for LGBTQI+ activities or their variants and in any shape or form.

Additionally, it aims to “prohibit the use of any asset or property tangible or intangible for the support or use by any or group of persons carrying out LGBTQI+ activities or any future variants or other deviant sexual behavioural tendencies”, the memorandum signed by Hajj Abdel-Manan Abdel-Rahman, President, COMOG, noted.

It also targets to “prohibit the solicitation of international support in any form, be it for tangible or intangible assets for the promotion or facilitation of LGBTQI+ activities in the country”.

Further, it is to “encourage the setting up of orthodox and traditional medical and scientific curative systems (including psychological, psychiatric and endocrinal) aimed at a Holistic Treatment of persons who may have been caught in LGBTQI+ phenomenon or activities because of social, financial, or other circumstances”, COMOG noted.

It is also “to ensure that such curative and preventive medical and scientific systems are inserted and absorbed into the public health system and funded and covered under the NHIS Scheme”, COMOG noted.

Finally, it is “to prohibit the glamorisation of the LGBTQI+ lifestyle by all media and any creative art form in any shape or form in a manner that is likely to corrupt the public morals of the youth in particular and the society in general”.

COMOG, thus, said: “It is our considered view based on the foregoing arguments that LGBBTTQIAAPs+ activities are lifestyle choices and personal practices which cannot be equated with or accorded the status of rights”.

This is especially so because:

1. Scientific research indicates that no one is born hard-wired with these practices or with these attitudes genetically ingrained.

2. “And if you obey most of those upon the earth, they will mislead you from the way of Allah. They follow not except assumption, and they are not but falsifying.”  Quran 6:116

In this context, therefore, we fully endorse the Proper Human Sexual Rights and Ghanaian Family Values Bill 2021 and encourage the Parliament of the Republic of Ghana and the President to swiftly pass the bill and assent into law, respectively.