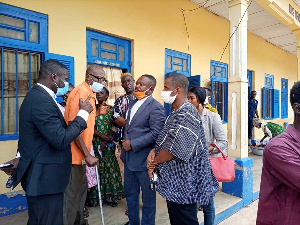 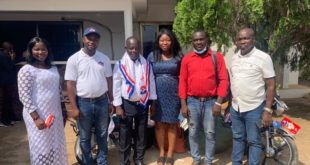 Ghanaweb can report that Major Boakye-Djan has fulfilled the GH¢200,000 bail conditions charged against him and is currently at his farms at Asuogya, a farming community near Drobo.

The former spokesperson of the erstwhile Armed Forces Revolutionary Council (AFRC) and a member of the National Democratic Congress (NDC) Major (Rtd) Kojo Boakye-Djan was charged with offensive conduct.

He was charged on May 19, 2020, after he was invited by a team from the Criminal Investigations Department(CID) in Accra for interrogation at the Drobo District Police Station in the Jaman South Municipality.

After hours of grilling, the former military officer who was in the company of his two lawyers had his cautioned statement taken and charged for breaching Section 207 of the Offensive Conduct Conducive to Breaches of Peace.

He was granted bail in the sum of GHC200,000 with one surety and ordered to report at the Drobo District Police station once every week.

Lawyer for Major Boakye-Djan, Mr. Asante Foster in an interview with Ghanaweb revealed that the invitation by the police was in relation to comments his client made recently over possible civil unrest in Ghana.

Lawyer Foster revealed that the team from the CID headquarters in Accra scheduled a meeting with his client in Drobo due to his health condition over the comments.

“Our client was invited to appear before a team from the CID Headquarters led by DSP Emmanuel Gyebi with the Cyber Crime Unit in relation to some comments he made on-air recently. He has been cautioned, his statement taken and granted bail so wait and see how things will unfold in the coming weeks”.

Lawyer Foster Asante who revealed that his client a student of history meant no harm and will not engage in any account to destabilize the peace of the country commended the police for the level of professionalism. 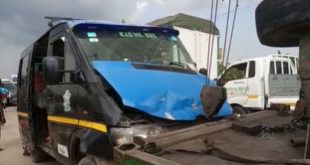 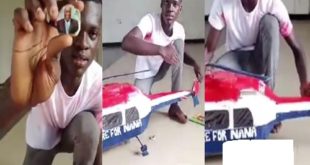