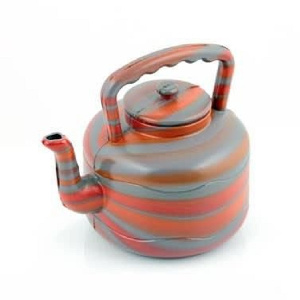 • Ablution can picked up by victim contained battery acid

A 40-year-old cobbler suffered burns in his genital area when he unknowingly performed ablution with a concentrated solution of Sulphuric acid after visiting a public toilet.

Tijani Ayuba according to a Dailymailgh report sighted by GhanaWeb had visited a toilet facility located within the Central Business District of Kumasi at about 10 a.m., Friday where the unlikely incident happened.

The victim in accordance with Islamic custom after attending nature’s call picked up one of many ablution cans at the facility for his regular ritual.

He poured the content in the can to wash his genitals believing it was ordinary water.

The act however resulted in the man feeling severe burns around his genital and was thus rushed to the emergency ward of the Komfo Anokye Teaching Hospital for medical attention.

According to a police statement sighted by the Dailymail report, investigation into the content of the ablution can revealed it contained battery acid, with a concentrated solution of Sulphuric acid which was “negligently” left at the facility.

The Manhyia Police following the discovery has gone ahead to pick up two toilet cleaners; Pebire Asampana, 50, and Kofi Dacamna, 35 for questioning.

The suspects are said to have claimed during investigation that the acid was used for cleaning purposes on the toilet. The police said the suspects could face court for negligently causing harm.

The victim however is said to be responding to treatment at the KATH.

He is reported to have sustained skin burns around his genitals, thighs and right hand. The ablution can has been retrieved as exhibit by the police for further investigations.