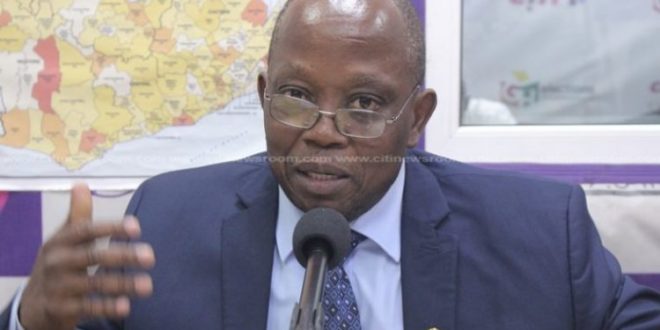 This was contained in the Auditor-General’s report covering the period 2014 – 2018 which was submitted to Parliament last month.

The Auditor-General in the report blamed the Ghana Revenue Authority for failing to collect the revenues.

The MDAs also lost over GHc3 million through unapproved disbursements, unauthorised use of IGF and unauthorized transfer of funds.

Mr Domelevo in the report said he will further investigate these infractions, disallow and surcharge officials where possible.

“These irregularities could be traced mainly to failure on the part of the Ghana Revenue Authority to collect tax revenue and also apply measures and sanctions against defaulters as stipulated in Paragraph 40 and 41 of the Income Tax Act 2015, (Act 896) Sections 135(2) and 136 of the Internal Revenue Act, 2000 (Act 592).”

“I recommended that Management of GRA should strengthen its monitoring and supervision of its staff. They should also take steps to improve efficiency in tax administration, collection and follow up on overdue taxes while applying sanctions as prescribed by the tax laws,” said the Auditor General.

Previous Church elder’s penis almost mutilated after trying to have sex with a married woman
Next Revealed: This is how much NAM 1 owes 105 police officers (Audio)

The story of 21- year old boy who behaves like a monkey ; stays in …