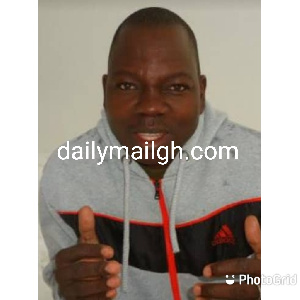 • Sgt. Odei Job Kwame was killed by armed robbers on the Prang-Kintampo road

• He sustained gunshot wounds during a robbery operation

Some suspected armed robbers have killed a military officer on the Prang-Kintampo road in the Pru East District of the Bono East region.

The incident according to a JoyNews reportage sighted by GhanaWeb occurred around 9 pm on Friday, May 21, 2021.

The deceased, Sgt. Odei Job Kwame, 41, a native of Yeji, sustained gunshot wounds during a robbery operation on the Prang-Abease road.

DSP Eric Awiadem, Yeji District Police Commander, said, “the officer who was in uniform met an ongoing robbery incident and three of the robbers approached him, upon spotting the military officer sensed danger and asked him to step down from his car. He complied but they beat him up mercilessly before some of them suggested that they kill him.

“He pleaded with them and in the process, he decided to run away, they chased him, caught him and eventually, one of them shot and killed him before they fled into the Bush.”

DSP Eric Awiadem added the police quickly rushed to the scene when they got to the informed but they met the officer in a pool of blood.

Sgt. Odei Job Kwame was quickly rushed to the St. Mattias hospital in Yeji where he was pronounced dead by the medical officers.

His body has since been deposited at the Hospital’s morgue.

The police also found a Magazine loaded with three live ammunition, 1 top military uniform, a jacket, a pair of black boots and other clothes during a search in his vehicle.

There were fears the robbers may have bolted with the deceased’s service rifle.

DSP Eric Awiadem hinted that the police will investigate and apprehend the perpetrators.

Sgt. Odei Job Kwame until his unfortunate demise was stationed at the 3BN at Sunyani in the Bono Region.

Source: www.ghanaweb.com
Related Topics:military
Up Next

This plant can ‘cure’ an alcoholic, stop your baby from sucking on the thumb

Menzgold Customers Will Be Heartbroken After Watching This Video