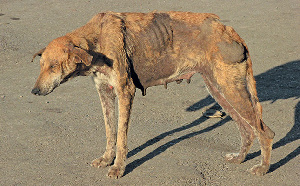 Globally, more than 75,000 lives are lost to rabies every year, according to the World Health Organization (WHO).

He said 99 per cent of the cases were as a result of exposure to infected domestic dogs adding that, it was transmitted by coming into contact with infected saliva through bites or scratches of an infected animal.

Dr Suu-ire told the Ghana News Agency at Kpone on the sidelines of the global commemoration of the World Rabies Day and explained that the control of the deadly diseases in developing countries posed a lot of logistical challenges.

He called on pet owners, pet lovers, and all stakeholders to contribute to the elimination of rabies by 2030.

He explained that eliminating rabies infections by the year 2030 could be achieved when the various districts have veterinary doctors to render professional veterinary services to the residents.

Source: GNA
Related Topics:CHILDRENRABIES
Up Next