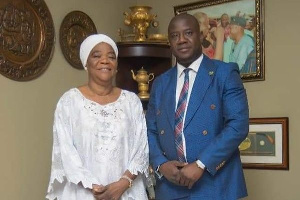 A Ghanaguardian report sighted by GhanaWeb announced the sudden demise of Hajia Ramatu Mahama, the wife of the late Vice President under John Agyekum Kufuor administration.

According to a report, the wife of the late Vice President died in a London hospital on Sunday, September 26, 2021, after a short illness.

Hajia Ramatu Mahama [Neè Egala], the report stated that, has been battling a heart-related sickness and was taken to the United Kingdom for treatment.

The report further quoted an unknown family source, “Hajia Ramatu Mahama has for the past one month been battling a suspected heart condition but gave up the ghost on Sunday.

“She was transferred from the Korle -Bu Teaching Hospital in Ghana to the Cromwell Hospital after her unknown ailment worsened.”

Reacting to the news on his Facebook timeline, Farouk Aliu Mahama, who is also the MP for Yendi, wrote that, his mom is alive and matters of death and health are in the hands of Allah.

“I have taken note of an unfortunate rumour making the rounds about my mom, the former Second Lady, H. E. Hajia Ramatu Aliu Mahma [Neè Egala]. My mom is alive. We should leave matters of death and health in the hands of the Almighty Allah,” his post read. 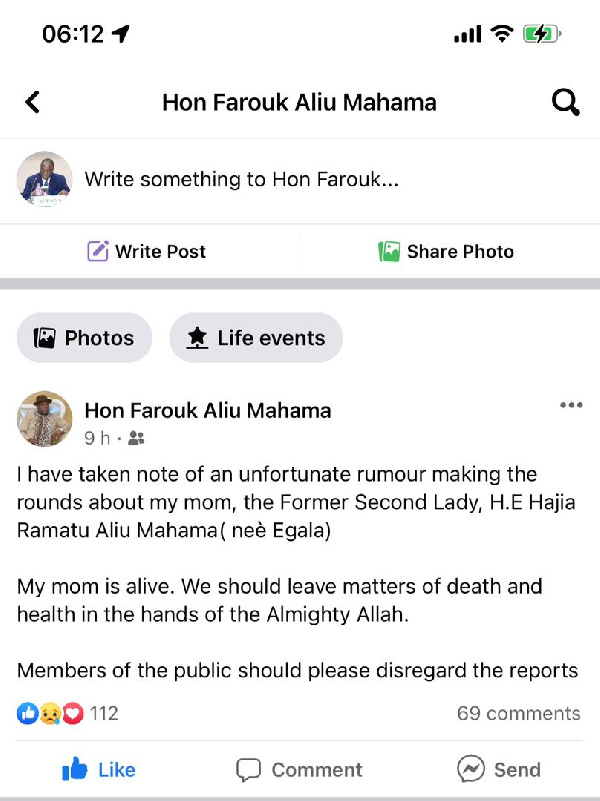