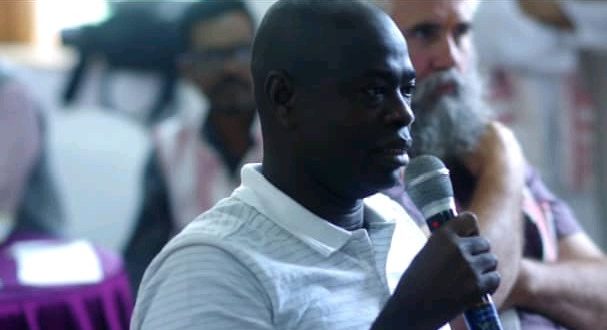 A non-governmental organization,SETTLE GHANA is rolling out an ambitious program to train about 10000 indigenous women across the country.

The project is aimed at providing vocational skills such as soap making, hair dressing, beard making, bee keeping,vegetable farming and aqua culture  to the indigenous people of Ghana.

The two year program is dubbed “Indigenous Women Growing Opportunity (IWGO). This was disclosed  by director of settle Ghana Mr Abu karimu when he interacted with indigenous people of Kaden,a farming community in the north Gonja district of the savannah region.

According to Mr Karim,as Ghana strive to attain Goal 8 of the sustainable development Goals(SDGs) which is to ” promote inclusive and sustainable economic growth, employment and decent work for all, SETTLE GHANA contribution towards this shared responsibility and goal is to make indigenous women financial independent.

The indigenous women growing opportunity will provide jobs for beneficiaries and improve their standard of  living.

“Today, as I have come here to share this good news with you, I’m equally sad because most of the young ladies who are the future of this community are gone to the cities to look for non existing jobs. Some of them ends up in prostitution and other social vices. They become teenage mothers. Our priority is to reserve this worrying trend. And so we  are to urgently equip them  with employable skills.

This is the surest and only way to end the vicious cycle of poverty.

Mr Abu Karimu also blamed the worsening economic conditions of indigenous people to climate change. He said rainfall pattern has changed significantly due to loss of millions of the country forest cover. He said Ghana had about 8million hectares of forest in 1900.

He said more than 5million of the forest is gone.  Most indigenous farmers rely heavily on rainfall in this part of the world, but unfortunately in the last quarter of the century, we have witness less and lesser rainfall year in year out.

The one hectare farm that could give you one ton of maize is today giving you half or less.

And so we are here to tell you that this program is for you our mother’s, auntie’s and daughters.

This innovation according to Mr Karim will afford them the opportunity to take your destinies into your own hands.

Mr Karim concluded by admonishing them not to look down upon the vocational training but rather see it as a visa to their economic freedom. Indigenous women are the poorest among the population because culturally, they are barred from owning land.