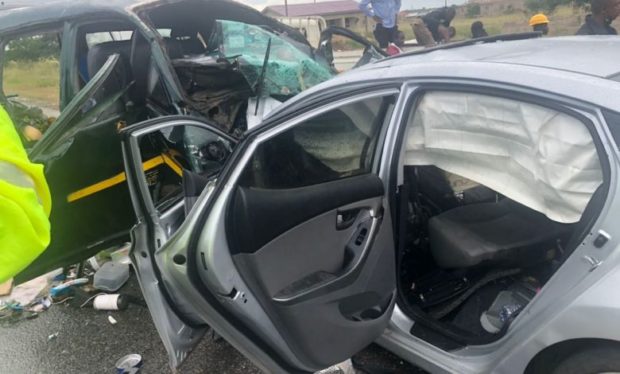 A Nissan Van and a Hyundai Elantra with registration number GX-2184 -21 have been involved in a gory accident at Duase a community near Sege in the Greater Accra Region.

According to an eyewitness, the accident was caused by a failed overtaking on the part of the driver of the Nissan Van.

The Nissan Van had two occupants, a man and a woman who were travelling towards Accra whiles the Hyuandai was occupied by two persons who were said to be travelling to Ada.

The victims of the accident were rushed to an undisclosed hospital.

However, unconfirmed reports indicate that the driver of the Nissan Van died on arrival at the hospital.