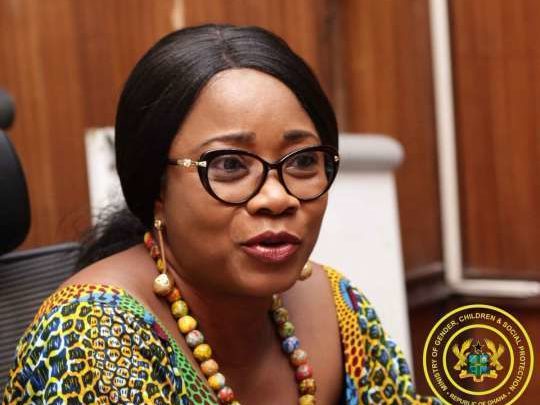 Minister for Gender, Children and Social Protection, Cynthia Mamle Morrison, has announced plans by the Akufo-Addo-led government to commence measures targeted at closing down all witch camps across the country, particularly those in the northern parts of the country.

According to her, this has become necessary as a means to avert the possible reoccurrence of the brutalities meted out to a 90-year-old woman and other forms of gender-based violence in hard-to-reach communities across the country.

As an alternative, Mrs Morrison has indicated that known witch camps will in the coming days be transformed into safe havens to hold women who are, usually old and suffering from ageing-associated diseases.

Speaking at an event held by her ministry to engage stakeholders in finding sustainable solutions to address the gender-based violence, Cynthia Morrison said, “We’re going to transform the witch camps and turn them into safe havens for our deprived mothers who are branded as witches and have no go because their relatives refused to accept them…”

“The ministry together with our development partners headed by the president of the land himself who condemned this act say that no more witch camps, we say no more…” she announced.

The initiative, according to the Minister, will not be the end of the fight against gender-based violence and witch hunting in the country.

She further gave indications that her outfit will take the necessary steps to reintegrate and reunite some of the victims back to their communities and with their families.

Though she was unable to give timelines for completion of the project, Mrs Morrison said the Ministry will commence its work as soon as possible to safeguard to health and wellbeing of these women living under harsh conditions.

“We have our project we’re working on so immediately we send our proposals we get and we start working on it. So as soon as possible we would want to move but I wish we’ll keep them in our homes and not to say that they’re witches we’re putting them in a camp…,” the minister added.