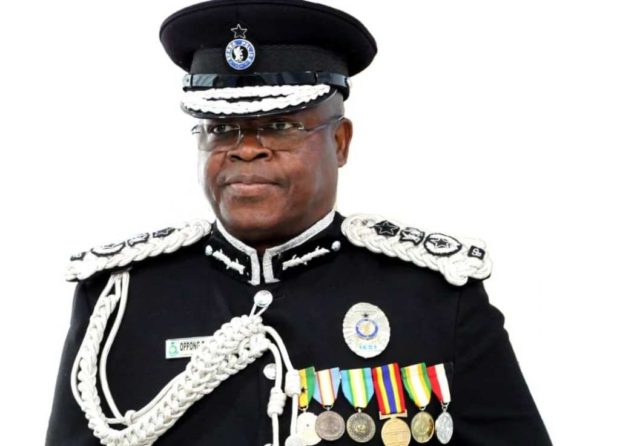 Police personnel and their families living in various police barracks throughout the country have been warned against engaging in partisan politics.

Mr James Oppong-Boanuh, the Inspector-General of Police who gave the directive, said police and their families who are living under the roofs of the service must ensure that they respect the latest directive to the latter.

Speaking to officers and men of the service in the Western North Region as part of his day’s official working visit, he appealed to them to educate their families on why they must stay away from such acts.

“Desist from political discussions. Once they live in the barracks they should not engage in political talks. The Barracks not an avenue for political gossips. When they are not comfortable with an issue, they should engage you and then you will talk to the authorities”, he urged.

Citing the recent demonstration embarked on by Police Wives at the Cocoa Marketing Board (CMB) Barracks in Accra, the IGP described it as a needless exercise which casts a slur on the reputation of the service, reiterating the service has no association with any political party.

He was disturbed that wives of officers could court market women within the Central Business District of Accra to engage in such a demonstration when what was being done was in their interest.

According to him, the pulling down of the trees which was said to have generated controversy was meant to pave the way for a proper assessment and measurement for the new building project which would benefit the demonstrating police wives.

“You overheard some of them insulting the President and making political comments which is not too good for the service. I will urge you all to advise them and let them know there are channels of engagement because we do not do politics in our barracks”, he stressed.

Rev. Obofuor explains to Ghanaians why his spiritual grand master is an Indian