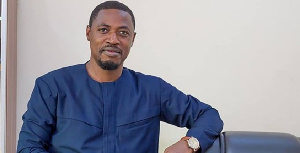 NYA saga: I advised my boss against Prefos contract

Richard Joojo Obeng, one of the two deputies at the National Youth Authority (NYA) who have been dismissed says he advised his boss against the contract that has caused their removal.

In a statement hours after they, including the chief executive Emmanuel Sin-nyet Asigri, had been sacked by the president, said he refused to sign the payment voucher to the company involved in the controversial contract.

“I did not approve the over one million and eight hundred thousand Ghana Cedis (GHC 1.8 million). I actually stopped the payment voucher covering that transaction and locked it up. It is still in my possession. As to why and how that Cheque was written in spite of the Payment Voucher blockade, I leave it to the team of investigators and possibly prosecutors. I did advise my Director of Procurement to consider opening bid for that transaction if they wanted me to be party to approving payment.

“Together with my colleague Deputy in charge of Operations, I proceeded to the Chief Executive Officer in his office and gave my professional advice which essentially cautioned him not to proceed. And since that didn’t happen, I duly advised myself never to approve any cash transaction to that Company,” he wrote.

A letter removing them from the position said: “I regret to inform you that the President of the Republic has terminated your appointment”.

“Please ensure that you hand over and cease to act” not later than close of business on Wednesday, 4th September, 2019, the termination letter signed by the Sports minister Isaac Asiamah and dated Tuesday, September 3, 2019 said.

The Chief of Staff, Akosua Frema Osei-Opare, last Friday ordered Mr. Asigri to step aside over a petition brought before her against the CEO for engaging in questionable procurement practices.

The Public Procurement Authority has reportedly being asked to investigate the allegations against Asigri.

The NYA chair, Francisca Oteng, confirmed one procurement in which the CEO had allegedly breached procedures, awarding the said contract without the knowledge of the board, the Daily Statesman reports.

This matter was referred to the PPA last month to investigate. The PPA assigned a team of investigators to gather information on it.

The NYA board acted following receipt of a petition from one Ibrahim Ofori alleging corruption relating to procurement. The board met to confer on the matter on July 2 2019.

The NYA chair followed this up with a letter to the Minister of Youth and Sports on July 10.

In contention is the procurement method used to engage Prefos Ltd for training 500 young people to instal, maintain and repair streetlights. The value of the procurement in question is GHS4.5 million.

Security officials will look to the PPA investigation to determine whether the matter should be reported to the Ghana Police Service’s Criminal Investigation Department for further investigation. 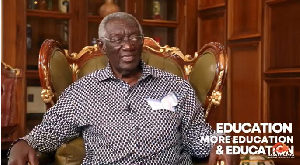 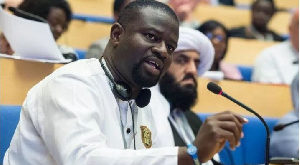 Ghana’s Embassy in Belgium to be probed

Chairman of the Foreign Affairs Committee of Parliament, Frank Annor Dompreh, has hinted that a …