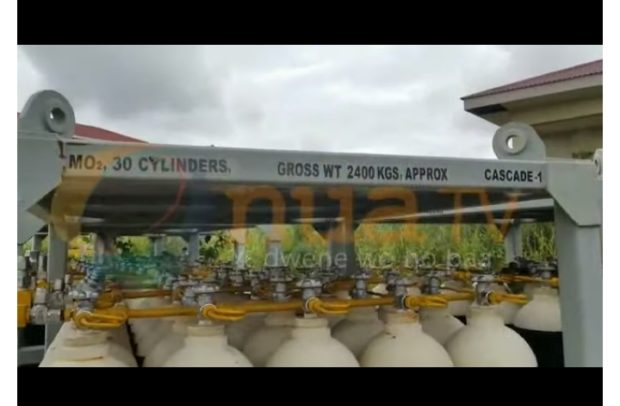 Ultra-modern oxygen cylinders and medical equipment worth over US$38 million are left to rot at the abandoned Afari Military hospital in the Ashanti Region.

The hospital is a 500-bed facility which according to media reports was expected to be completed in December 2018. However, the expectation was not met.

In February 2021, the then minister-designate for Defence, Dominic Nitiwul, while answering a question about the delay of the completion of the project, told the Appointments Committee that works on the main facility were almost completed.

He assured Ghanaians the project would be ready in March or April 2021. Even though the contract for the project was signed in 2008, construction commenced in 2014. As of Tuesday, August 31, 2021, the facility is still not ready to be used.

Host of Onua Maakye, Captain Smart revealed that key amongst the equipment is some Magnetic Resonance Imaging (MRI) machines meant to be used at the Children’s Hospital.

An exclusive video aired on Onua TV showed the medical equipment and machines under the mercy of the weather on the premises of the facility and partly covered by weeds.

History of the facility

Giving a background to the project, the then minister-designate for Defence said, the government of Ghana and Messrs Euroget Da Invest SA (EDI) signed an agreement on August 20, 2008, for the construction of a 500-bed military hospital.

The project was to be constructed within 42 months of commencement in Softline, Kumasi. It won parliament’s approval on October 29, 2008. On January 13, 2010, the contract agreement was revised and the location moved to Tamale.

It was again relocated from Tamale to Accra and finally moved to Afari in the Ashanti Region. With the construction cost of $180 million, the facility is expected to serve as a referral centre and to provide primary health care services as well. Other facilities include staff residence, mortuary, kitchen, and laundry.

The facility would also provide direct and indirect employment to many Ghanaians including unemployed health professionals.