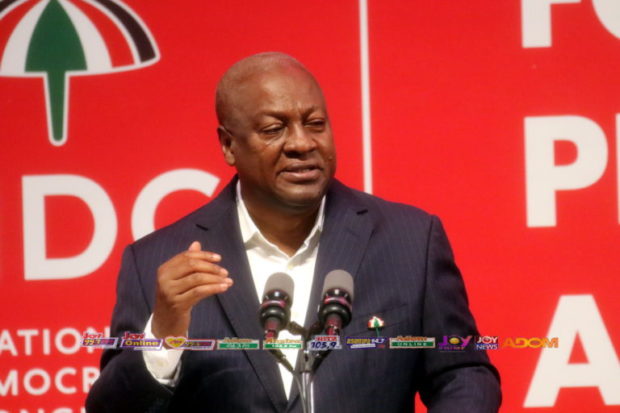 The Western Togoland separatist group has called out flagbearer of the National Democratic Congress (NDC) over comments made about them.

According to them, the attention of the Governing Council of Western Togoland had been drawn to a video purported to originate from XYZ TV station which is making rounds on social media.

They note that in the video Mr Mahama made some comments which were “unfortunate, misleading and a slur on the history of the Western Togoland.”

The group, in a lengthy Facebook post, questioned how the former President managed the group during his tenure as he was aware of their existence.

They went on to cite unfortunate incidents they claimed had been meted out to their people coupled with utterances against their nationality.

“This is just some little information we wish to point out to Mr Mahama which should be of interest to him if he cares to know.

“We wish to let other National Democratic Congress executives know that our future as to where to belong will not be dictated by their personal interests. They should, thus, be careful when dealing with our history,” part of the statement read.

They added: “This region has favoured them for several years but what we get in return doesn’t come close to the wealth they use our votes to get for other areas of this country and themselves. We wish to advise that it will not be in the interest of Mr Mahama if he tries this again with our self-determination issue.”