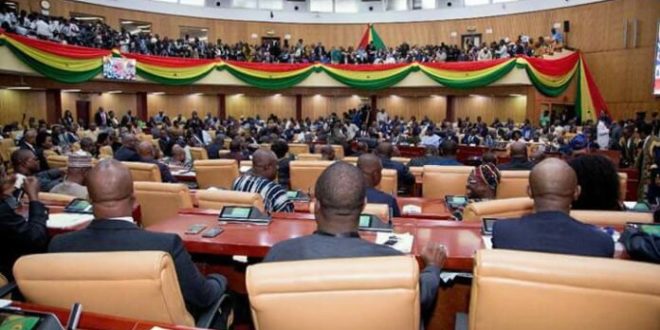 Parliament has approved the 2021 budget by a majority decision Friday afternoon.

This follows the rejection of the decision by 1st deputy Speaker Joseph Osei-Owusu who was presiding to rule in favor of the majority in the voice vote by deputy minority leader James Klutse Avedzi.

Speaker of Parliament Alban Sumana Kingsford Bagbin who was absent when sitting commenced turned up in the course of the exercise to take over.

This enabled his deputy the Bekwai MP Joseph Osei-Owusu to vote. After the laborious exercise, the absence of 3 minority MPs gave the side 134 votes as against 137 to the majority. 2nd deputy Speaker and Fomena MP Andrews Asiamah who came in late however did not vote.

Speaking to Kasapa News after proceedings, majority MPs Michael Okyere Baafi of New Juaben South and Alexander Akwasi Acquah of Akim Oda respectively faulted the NDC MPs for the stance while defending the levies in the budget.

Ranking member for the Finance Committee and minority spokesperson on Finance Dr Cassiel Ato Forson expressed his excitement about the development.

According to him, his side got the caretaker Finance Minister Osei Kyei-Mensah-Bonsu to admit there are discrepancies in the figures in the 2021 budget. The Suame MP assured the necessary corrections will be effected.

The former Deputy Finance Minister argues in spite of the approval, the crusade is far from over.

He has assured the taxes and levies in the budget will be scrutinized when they come before the Committee for approval.

Previous Five in critical condition after truck crashes into house at Agona Duakwa
Next WhatsApp, Instagram, Facebook down globally