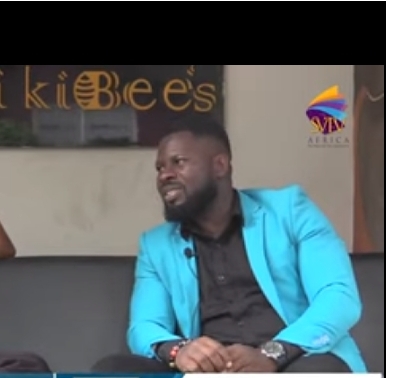 The head pastor of Prophetic Gathering International Ministry, Leonard Allotey has recounted a time when he almost sinned against God and himself.

In an interview with SVTV Africa’s DJ Nyaami, Pastor Leonard indicated that being a man of God does not drive out feelings of pleasure. Consequently, some pastors and/or Christians fall for such temptations.

He described how he almost had sex with an ex-girlfriend while praying for her at a prayer camp.

“I tried praying for an ex-girlfriend at a prayer camp once. We were having midnight prayers but the dress she wore exposed her breasts. When I began praying for her, I realised that I had a hard-on. I was feeling for her. That’s when I realised that one on one prayers won’t help me,” he narrated.

He stated that even though his ex-girlfriend did not notice it, pastor Leonard could not tell if it was planned or not.

Responding to whether or not private prayers for female church members is good, Pastor Leonard said “you should not pray with a female member alone because it is wrong. Most of the pastors who do that are womanizers. Why don’t they ever ask the men to wait but only women.”

Kindly watch the full interview below

There’s no respect for ECOWAS and AU – Kwesi Aning