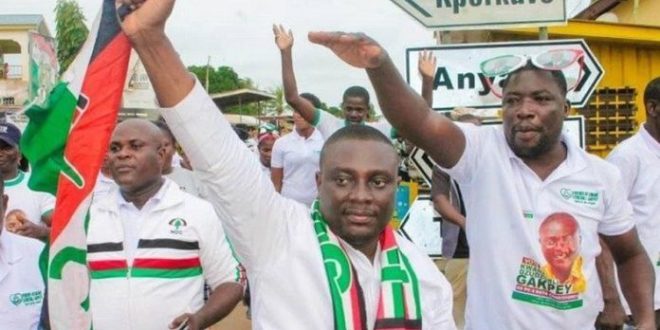 The Member of Parliament for the Keta Constituency, Kwame Dzudzorli Gakpey has been attacked once again.

Suspected armed robbers, Sunday dawn, attacked the Rootsenaf Gas filling station belonging to the MP at Satsimadza near Agbozume on the Accra-Aflao road.

The robbers who inflicted a gunshot wound on the security man on duty also made away with an amount of ₵7000, a pump, and other items.

According to the MP, the robbery was carried out using a pistol that was stolen from him last year.

This is the second time the MP has been attacked since the December 7, 2020 election.

A few weeks ago he was attacked in his Anlo Afiadenyigba residence by some unknown gunmen.

The gun-wielding thugs succeeded in inflicting injuries on Mawuli Gakpey who was subsequently hospitalized.

His mother and other family members were also attacked and brutalized

Following the latest incident, the MP has called for urgent and swift action from the Police to bring to book the thugs endangering his life and livelihood.