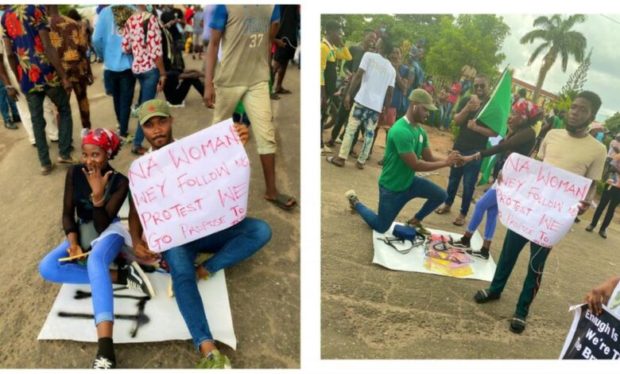 TWO LOVERS CAUSED A STIR AT THE #ENDSARS PROTEST GROUNDS AFTER THE MAN OPENLY PROPOSED TO THE LADY WITH A RING. IN ALAUSA, IKEJA, LAGOS.

The man known as Demola on Twitter shared photos from his proposal while the protest was ongoing as he announced the acceptance of the proposal by his girlfriend.

In one of the photos, the man was seen holding a placard which reads,

“Na woman wey follow us protest we go propose to”