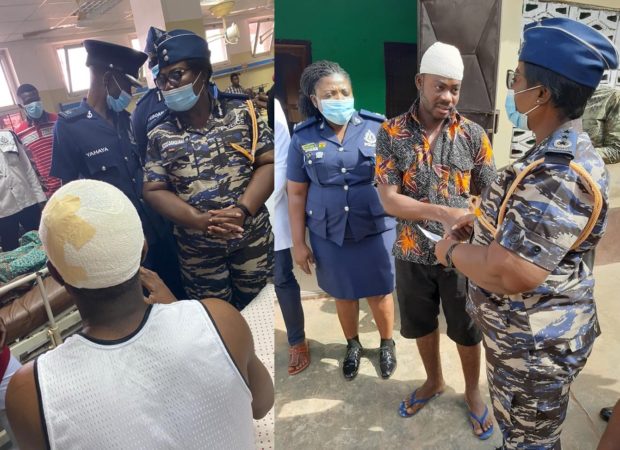 Residents of Kpawumu –Fuo, a suburb of Tamale on Wednesday attacked the officers with sticks, machetes and other life-threatening objects leaving them badly injured after they had gone to the community to effect the arrest of a suspect.

In the ensuing melee, the residents were reported to have freed the arrested suspect and disarmed the policemen as well.

They were rushed to the Tamale Teaching Hospital where they are currently on admission receiving treatment.

In view of this, the IGP dispatched COP Maame Yaa to the Northern Region town of Tamale to assess the situation of the injured officers who are said to be recuperating.

She encouraged them to continue to discharge their duties professionally pledging the support of the IGP to their welfare.

Meanwhile, 15 of the suspects arrested by the police have been remanded in prison custody to reappear on November 20, 2020.

They have been provisionally charged with assault on public officers, causing unlawful harm and rioting and use of offensive weapons.