Residents at Esumeja in the Bekwai Municipality of the Ashanti Region chased down and arrested an alleged kidnapper, rescuing four children last week, the police said.

This was after one of the victims escaped from a cemetery deep inside the sacred Asantemanso Forest where the victims had been held hostage for days, an incident report sighted by dailymailgh.com read.

Police together with some other residents conducted a search in the forest during which a young man was seen running away when he saw the search party. He was chased and arrested by the team.

The victims aged between 2 and 6 identified the suspect to the police as he admitted taking the victims to the forest.

A search conducted at the scene revealed some charms with feathers and some bloodstains.

The suspect has been named as Michael Adomako, 23.

He has since been remanded by a court at Bekwai to reappear on Tuesday, February 9, 2021, as police continue investigations.

The victims, two girls and two boys have since reunited with their families. 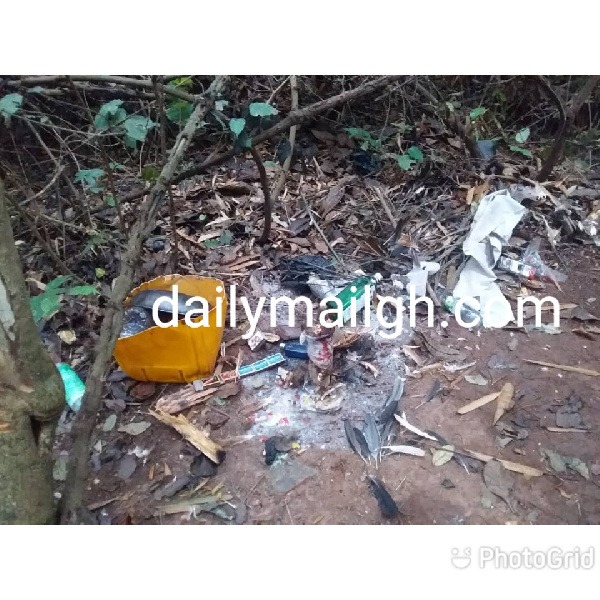 VIDEO: Meet Abena, the young girl who lives at the cemetery with her boyfriend