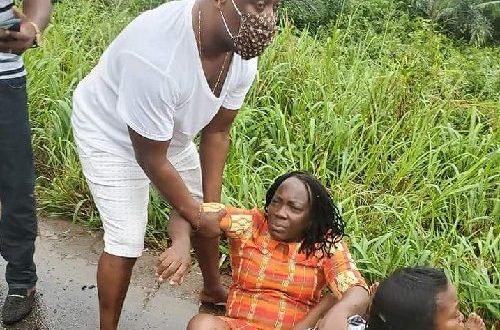 According to information gathered by DGN Online, the pastor was travelling to the region to minister where the unfortunate incident happened.

Reacting to the incident, the Man of God said the taxi driver who was involved in the accident was dodging potholes on the roads and veered into the lane of a private vehicle which was on top speed and had no option than to crash with the taxi.

“am pleading with the government to construct good roads to prevent this incident from occurring” he said.