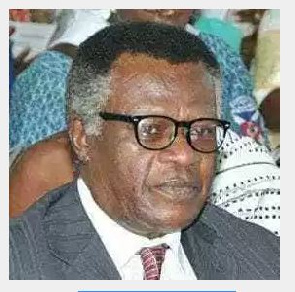 Mr Ringo Cass Akurugu Azumah, a High Court Judge who was sacked from office, has been found dead in his house in Sakumono Estates, Tema, on Friday.

Neighbours believe he died about week ago due to the near decomposition of his body.

The police had to forced his door open after reports of foul odour in his hermitage.

A resident, who sells bags few meters away from his flat, told the Ghana News Agency (GNA) that on Friday, April 19 at about 0100 hours, he saw liquid seeping from the last floor of the flat where the deceased lived alone.

He said the pungent odour from the seepage, with an accompanying putrid smell was unmistakable of that of a decaying animal.

Corroborating his claim, a Sanitation Officer, who had earlier on knocked on the door of the deceased to collect his monthly fee but heard no response after several attempts, unusual of the occupant, explained that “the overpowering smell emanating from that particular entrance got me alarmed especially because the man lived alone in the house and his car was parked outside.”

He said, “I swiftly rode to the police station, few meters away from the flat, to make an official complaint of my suspicion”.

Another resident who pleaded anonymity, speaking to the GNA at the scene, expressed shock at the passing of the judge, who he said seemed somewhat isolated and was seldom seen around the neighborhood.

“The only time you will spot him is when he had to wash his car in the early hours in the day and would hardly even take a walk around,” he added.

On those instances, he said the former judge came across as rather quiet and reserved and was always hesitant to respond to greetings from neighbours or anyone.

This, he said, made him feel there was something wrong with him because of the rare gesture he sometimes showed towards residents, most of whom knew little or nothing at all about him.

Assistant Superintendent of Police (ASP) Afia Tenge, the Public Relations Officer, Accra Regional Police Command, confirming the incident to the GNA said, her outfit on April 19, 2019, received information of the death of Justice Ringo Cass Akurugu Azumah in his apartment in Sakumono from a complainant.

She said immediately, a team of Crime Scene Experts from the Criminal Investigation Department (CID) headquarters in Accra were dispatched to the scene where “a male adult about 60 years was lying dead”.

ASP Afia Tenge further stated that, after careful inspection of the body, with no marks of violence detected, the body was deposited at the Police Hospital morgue in Accra for preservation pending autopsy to ascertain the cause of death.

Meanwhile, it would be recalled that former President John Mahama directed the removal Mr Ringo Cass Akurugu Azumah from office as justice of the High Court on grounds of stated misbehavior and incompetence.

The former President acted upon a recommendation by the Judicial Council.

But sympathizers believe that he was a victim of a purge of the Judiciary in the wake of alleged corruption scandals which nearly marred the image of third organ of government. 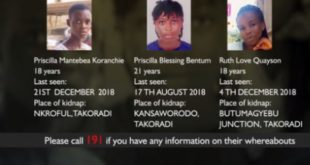 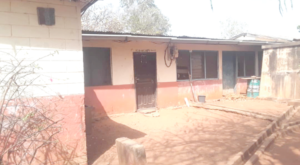