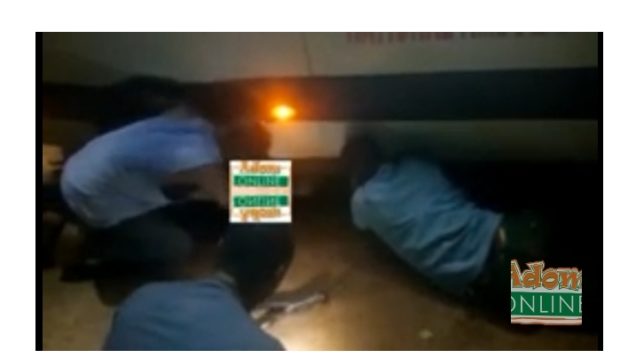 The fate of a patient hanged in balance after the ambulance conveying him got stuck in the mud due to the bad nature of roads from Adabokrom to Nkrankwanta.

The patient, a 21-year-old man, according to reports, was being transported to the Sunyani Hospital.

Battling Pneumonia, Hypertension, and Tuberculosis around 5:20 pm, he was referred from the Essam Government Hospital in the Bia West District of the Western North Region for further medical attention.

He got on the ambulance at about 8:30 pm while on oxygen support but the ambulance got stuck in the middle of the road around 9:20 pm.

All attempts to push the ambulance out of the mud for over an hour proved futile with a distress call being placed to the Bia East team for assistance.

The patient was eventually handed over to the Bia East ambulance and it got to Sunyani around 12:30 am, where he is currently responding to treatment.