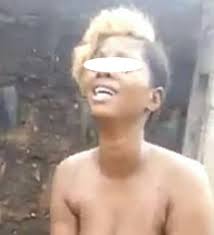 A fishmonger was left in severe pain after her ‘side guy’ inserted pepper in her private part after rounds of romp.

Esi, a mother-of-three, narrated how she was invited over to a guest house by her lover, and after intense love-making, he questioned her about a rumoured relationship.

Speaking on Nhyria FM’s Obra programme, Esi said she confessed to seeing another man since she had no plans of being a second wife of her lover, Nana Owusu.

However, a charged Mr Owusu ordered her to quit the relationship, which she declined, and her punishment was pepper inserted in her private part.

Called in to give his side of the story, Mr Owusu explained his actions were out of pain and jealousy, having cheated on his wife, only to be reciprocated in similar fold.

He explained Esi went about telling the community members she had ditched him, hence his plan to silence her.

“Everyone is aware she is my side chick, even my wife is aware so I was angry she wanted to embarrass me by cheating on me. So when she offered we spend time at a guest house, I wanted to teach her a lesson so I went along with hot red pepper,” he bragged.

Not only did the peppering settle scores, Mr Owusu recorded their sexual act as evidence to insist he is still in a relationship with the mother-of-three.

Patients at Sandema hospital left to their fate after Nurses strike