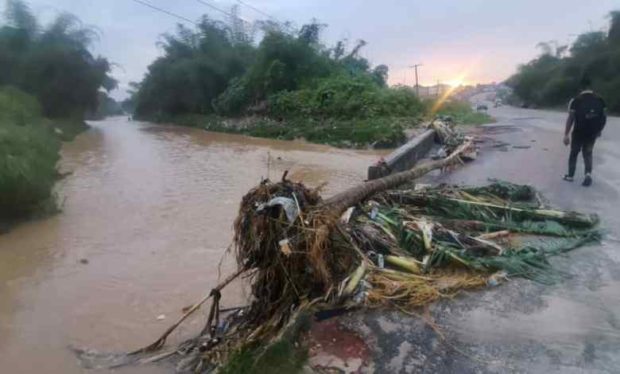 Two persons are feared missing following the flooding at Atafoa and Dichemso all in the Kumasi Metropolis of the Ashanti.

The missing persons were said to have been swept away after they attempted to cross bridges which were heavily flooded in their respective areas.

Confirming the sad incident to OTEC News Kwame Agyenim Boateng Boateng, the Assembly member for Atafoa Electoral Area Hon Daniel Acheampong said this was not the first time the Owabi River pulled away a person after it flooded.

He blamed the perennial flooding in the area on constructions in wet areas which has the river from its original position.

Meanwhile the Assembly member for Dichemso Electoral Area Justice Anokye said  the yet to be identified person got missing after he reportedly moved to cross a bridge in the area on his motorcycle.