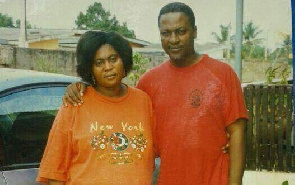 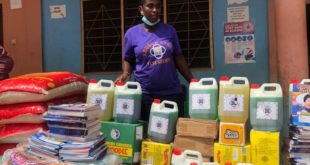 Former President John Dramani Mahama has extolled his wife Lordina Mahama for being faithful to him for the past 27 years, MyNewsGh.com reports.

He made a Facebook post on the occasion of her birthday. According to him, his wife is a “great woman” who stood by him in faith for the past 27 years.

“Happy birthday to a great woman. You have stood faithfully by my side in the best of times and in worst of times. May God on this day shower his bountiful blessings on you!,” he wrote.

Lordina Mahama was born Lordina Effah on March 6, 1963 by the late Mr. and Mrs. Effah. Lordina is from Jema-Ampoma in the Nkoranza District, located in the Brong-Ahafo Region of Ghana. She is last of three kids. She had her initial training in Tamale, Ghana at the Tishigu Anglican elementary school. She then proceeded to the Ghana Secondary School in Tamale, where she finished her GCE education.It was at Ghana Secondary School that Lordina met her future husband, John Dramani Mahama.

In line with Ghana’s constitution, her husband became President of Ghana on 24 July 2012 on the death of his predecessor, John Atta Mills and was sworn in Parliament in July, 2012, automatically making her the First Lady of the Republic of Ghana. In her tenure as First Lady, Lordina Mahama was also elected President of the Organisation of African First Ladies Against HIV and AIDS (OAFLA) in June 2015. Before that, she had served as the Vice President for the West Africa Region of OAFLA. 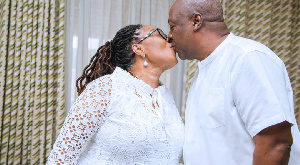