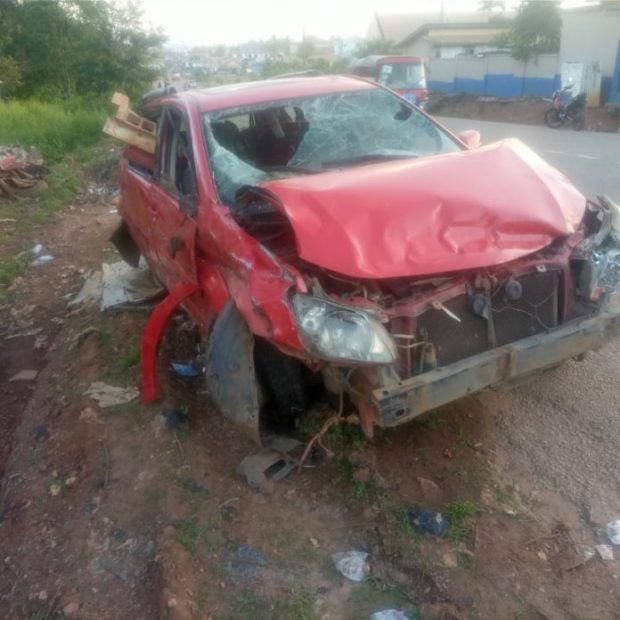 The Vibe car model was said to be traveling on top speed from Bibiani to Kumasi when he run into the traders who were selling on the shoulder of the road.

Two siblings and a six-month-old baby were injured in the accident.

One of the victims, Rebecca Gyenin, told Adom News’ Augustine Boah that despite screams from other traders, she failed to notice the car as she was busily arranging her cassava for sale.

All she could see was the red car running over some fruits and vegetables before it knocked her down.

At that time of the accident, she was carrying her baby at her back, while her sister, another victim, assisted her with packing her goods.

She suffered injuries to her left leg and right arm, which has rendered her immobile.

Eyewitnesses narrated that the driver failed to identify a speed ramp, causing him to skid and veer into the shoulder of the road, where the traders were stationed.

The victims were rushed to the Bibiani hospital for care.