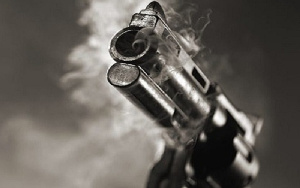 • The police have since arrested a suspect

Another case of a stray bullet killing someone in the spate of one week has been reported at Senya Bereku in the Awutu Senya West District.

In a report by graphic.com.gh, a nine-year-old boy became a victim of the shooting incident and died after he was hit in the head.

Details of the story say the boy was pushing his disabled brother, who was in a wheelchair, during a heavy procession as part of the performance of some traditional rites and rituals by the chiefs and people of the area to mark their annual festival.

It added that in order not to flout the safety protocols in place due to the novel coronavirus, the chiefs decided that instead of their regular gatherings, they would only perform some rituals in line with their tradition.

Eyewitnesses said during the ritual, one of the men following the chiefs lost control of the gun in his hand while attempting to load it.

The gun went off into the crowd hitting the nine-year old boy and two others.

The boy died while the other two are reported to be in critical conditions.

Police at Awutu Bereku say they have arrested the suspect who is assisting them in investigations.

The boy’s body, the report added, has since been at the morgue of the Trauma and Specialist Hospital at Winneba, the same hospital treating the injured.

Ghanaian lesbian DJ separates from her partner due to abuse

IGP Dampare refuses to use dispatch; stays in heavy traffic