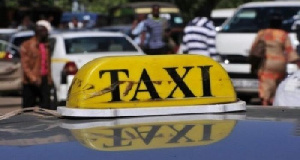 The suspect allegedly assaulted and tore the officer’s uniform because he had arrested him for breaching a traffic regulation.

Rainbow Radio’s Oheneba Ambrose reporting on Nyankonton Mu Nsem, stated that the driver physically and verbally assaulted the officer on their way to the Police station.

The officer who was on duty controlling traffic on the Assin Fosu to Twifo Praso Highway saw the suspect driver loading at an unauthorized place.

He ordered him to park well, but the driver disobeyed his order.

He then joined his car and asked him to drive to the MTTD office, but he [driver] suddenly attacked and slapped him several until he tore his uniform.

The driver, upon reaching, the station, admitted to the offense and pleaded for pardon.

According to him, he did not know what came over him and has regretted his action.

The Police said they will arraign him before the court.

Akufo-Addo appoints Paul Adom Otchere as Board Chair of GACL